The seasonal exhibition Noble festivities and amusements is part of the project In the Footsteps of Noble Families. The thematic exhibition reminds aristocratic festivities and amusements in a broader context, i.e. entertainment and leisure activities that took place in the period from the 16th to the beginning of the 19th century not only at the castle in Český Krumlov during the reign of the Rožmberks, Eggenbergs and Schwarzembergs. The exhibition is complemented by a period playground at II. the castle courtyard, which includes a bowling and other games that will test the skill of each of the incoming visitors, or a photo point. The exhibition is also in English!

The visitor walks through the exhibition as if he himself were a participant in a grand celebration. Symbolically, he will pass through a ceremonial procession with allegorical chariots to the thrones of the hosts, after which he will witness a tournament match, which previously took the form of four sports disciplines. He will attend feasts and learn what courses the festive menu consisted of. In the section dedicated to Baroque theater, they will learn about the opera Derviš, which was performed in the Český Krumlov Castle Theater in the fall of 1795. Here, they will see original costumes and props, parts of scenery and musical instruments. He also looks behind the scenes of the theater. The last part is dedicated to dancing, balls and masquerades. The curators of the exhibition also used the entrance corridors to mention entertainment in the castle garden and outdoor sports activities. There is also a reminder of baroque fireworks and illuminations. 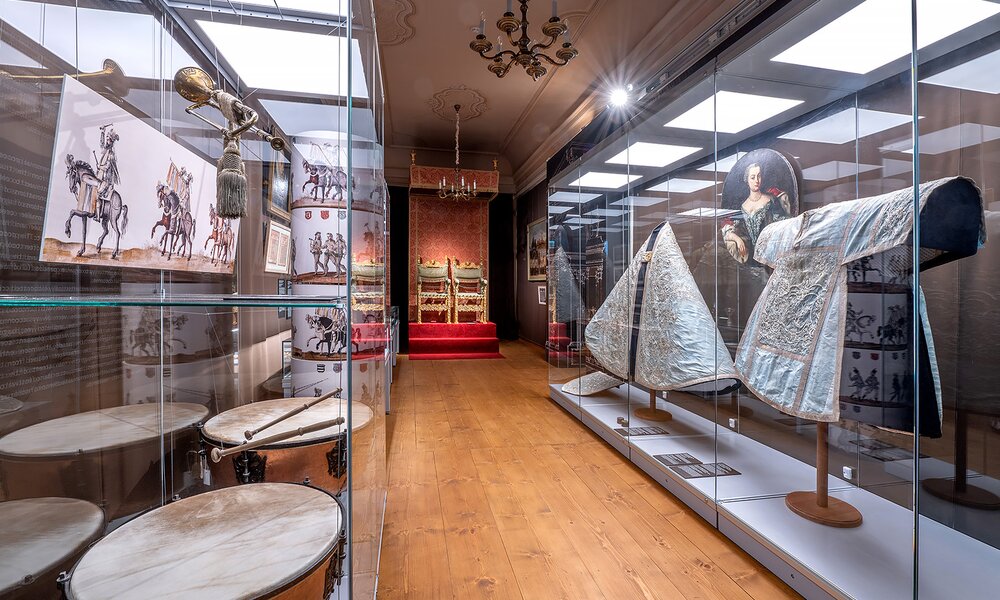 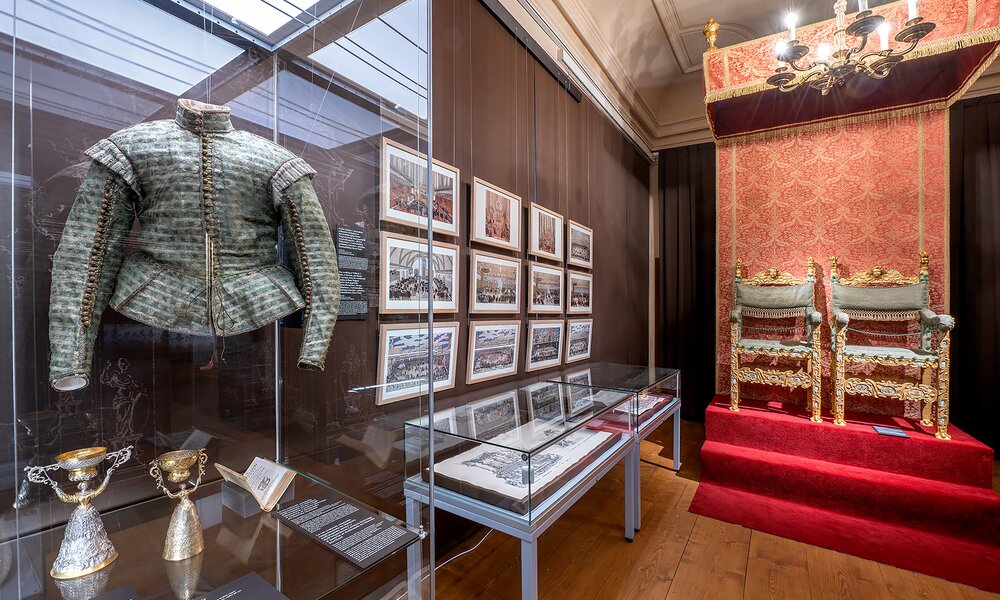 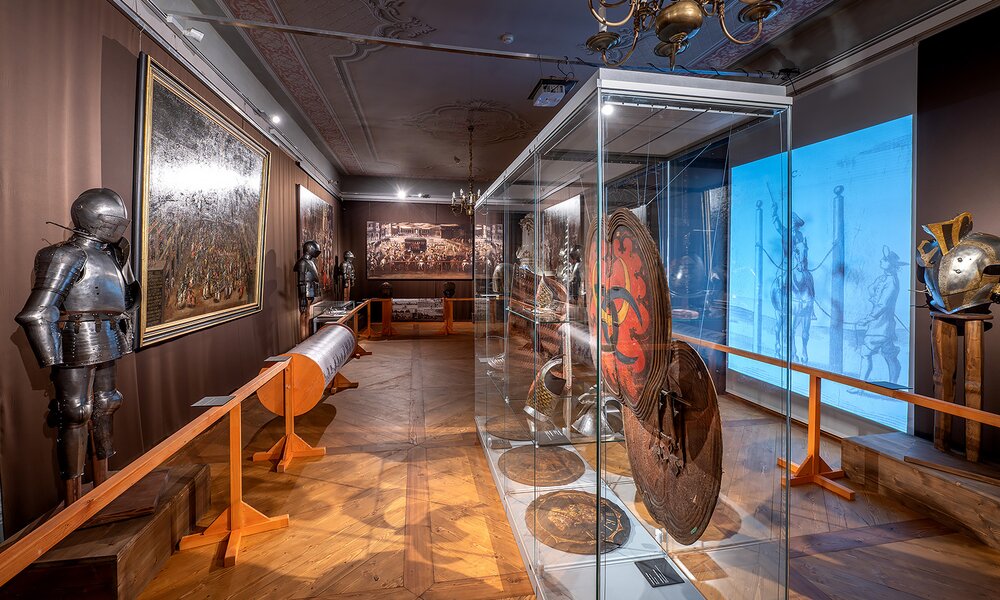 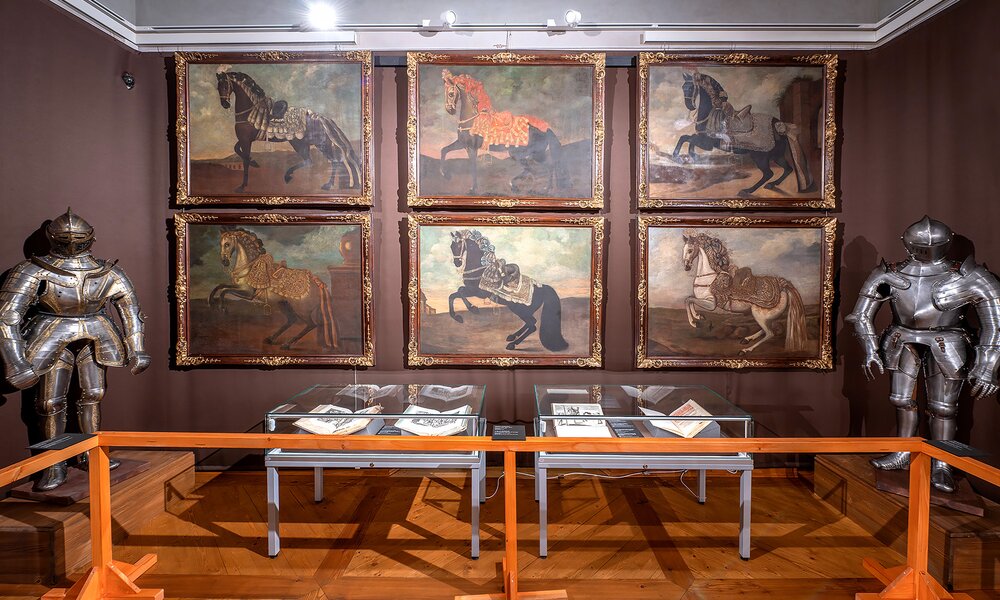 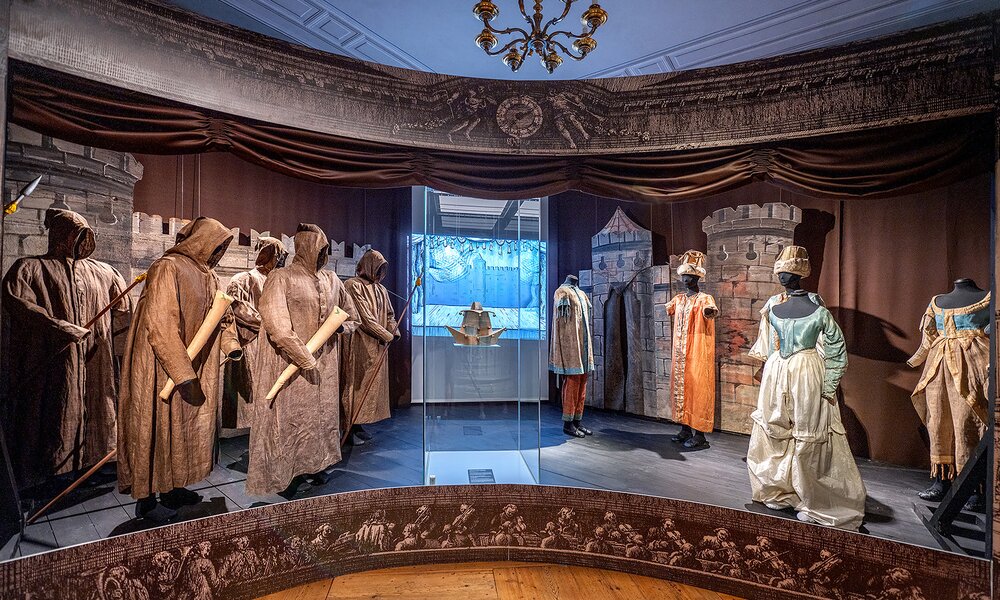 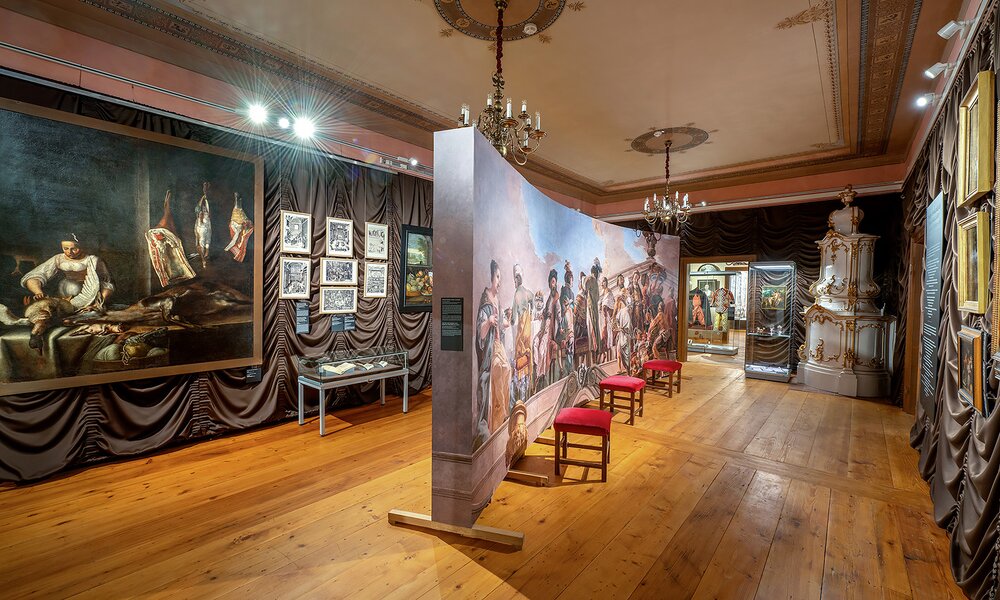 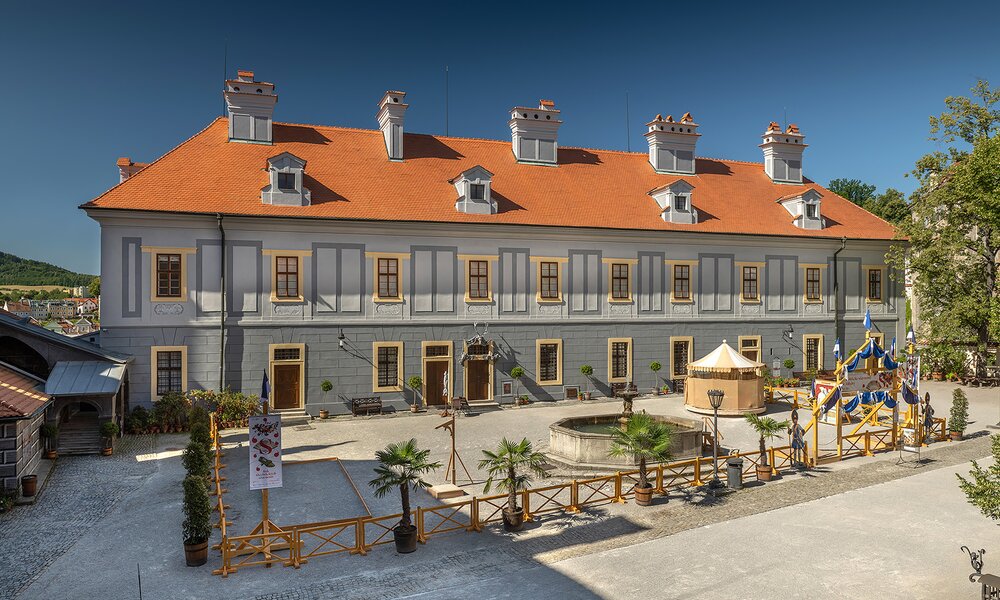 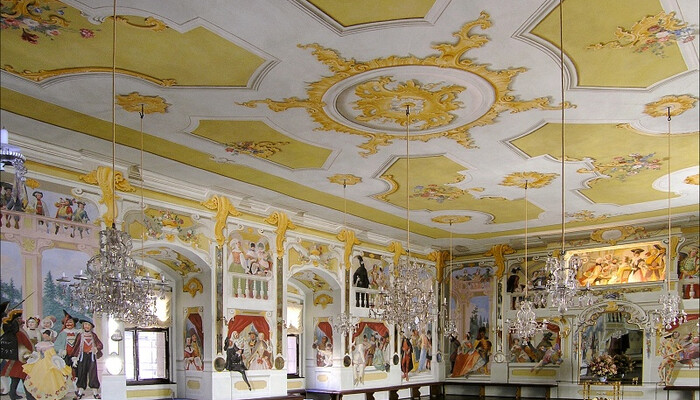 1. Tour Route I of Český Krumlov Castle (basic tour I.)

The first route at Český Krumlov Castle is focused on the original castle interiors from the Ranaissance and Baroque periods (16th - 18th centuries). It includes among other room the Castle Chapel of St. George, Eggenberg Hall with a "golden" carriage and Masquerade Hall.

reservation needed for groups only 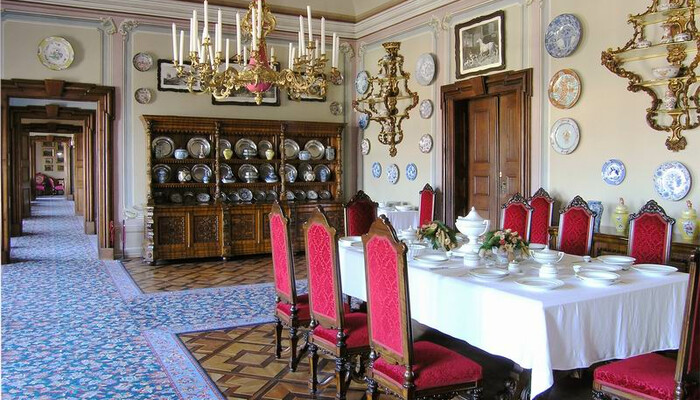 The second tour route at Český Krumlov Castle focuses on the history of the Schwarzenberg family. It begins with a visit to the Schwarzenberg portrait gallery with paintings of members from the forefather Erkinger up to the early 20th century, and ends with a tour of the corridors of the "Cloak" Bridge.

reservation needed for groups only 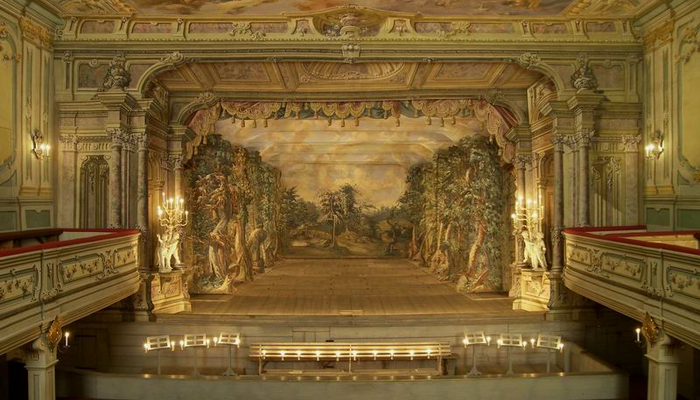 Baroque Theatre at Český Krumlov Castle is the best preserved Baroque Theatre in Europe, in its original building and with orchestra pit, stage, machinery, sets, librettos, props, costumes etc preserved. Due to its delicate restoration, the Baroque Theatre has become a unique complexly preserved historical sight. 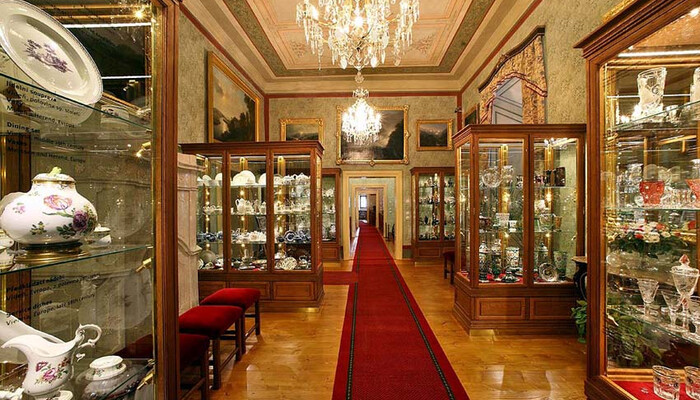 The new Castle Museum exhibition was opened in 2011 by the National Heritage Institute. Museum visitors have a unique opportunity to peek into the secrets of the castle depositories relating to the most important events connected with the Rožmberk, Eggenberk and Schwarzenberg owners of the Krumlov estate. Entry to the Castle Museum exhibition is... 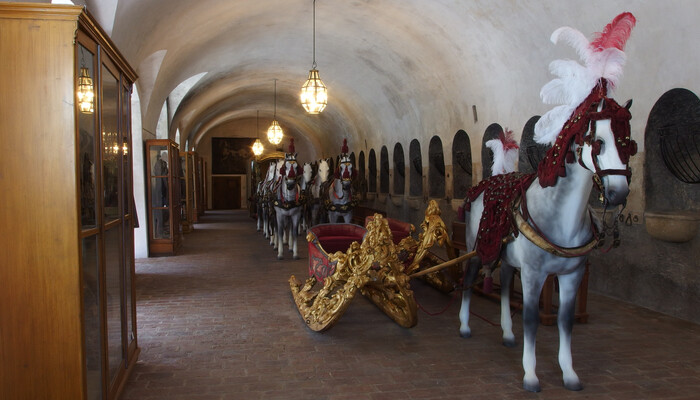 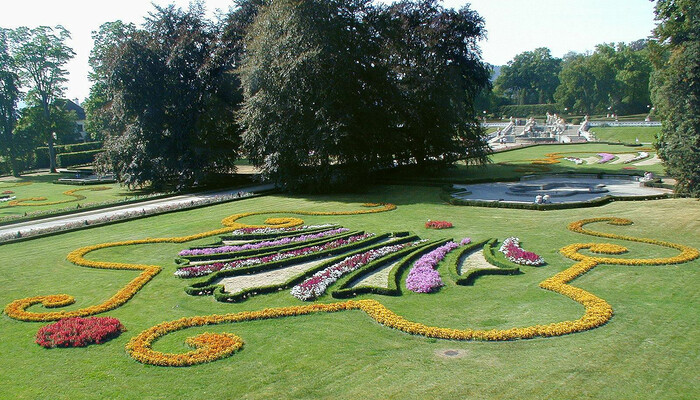 The Baroque Castle Garden, founded in the 17th century and situated on a hill sothwest of the castle buildings after the fifth courtyard is an integral part of the castle complex.